You are here: Home / Savings Diva / Extreme Couponing is Back

The show is back for it’ssecond season and frankly, I don’t intend on watching. I’ve read a few blogs in the past few weeks commenting on the show. And I agree with many of them. On the positive side it’s great to see people getting great deals. But in my opinion, the show is more negative than positive. It paints a very ugly picture of couponing. So let’s gripe shall we…

My biggest complaint about the show is that it’s very unrealistic. Like 98% of stores you won’t be able to do that in. So let’sjust be for real and know that most stores have a limit to how many coupons you can use and how many can be the same item…that buying 50 bottles of hotsauce…where they do that at? lol Not here that’s for sure. Andreally, unless you work at a restaurant or soup kitchen, who needs all of that? When you bring stuff in your house with no purpose or use for it, it’s junk. May be free junk…but it’s junk nonetheless.

I detest….absolutelycan’t stand people who clear shelves. As you know, I shop at Harris Teeter and it’s a 24 hour store. But I like to shop the Saturday Specials, and also when they have special weeks, like Super Doubles those prices are usually effective at 7am. I shop early for convenience…don’thave to take the kids, the store is pretty much to myself and a handful of other shoppers…and I expect the store to be stocked. So I absolutely positively cannot stand when I go to get an item and it’s wiped out. It makes me so angry because it’s not fair to other shoppers. Idk, that’s my hugest pet peeve. Especially when I just want one and someone ahead of me took ten. But anyway…

I just don’t want to continue to watch. I’d be lying if I said I would never watch…I mean, marathons get me! lol But I won’t be tuning in like I was last season. I mean, the show is such a turn off to me, it really is.
What are your thoughts on the show? Ways to Save: Kmart 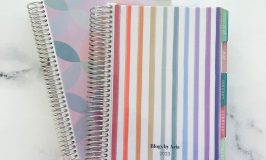