It’s the day after my surgery and I wanted to post an update on how it all went down.  I wanted to post last night but I couldn’t.  Let me first start off by saying how very thankful that my mom came and got the kids Thursday night.  We were gonna wake them up and take them to my in-laws who would then drop them off at daycare and my mom was gonna get them from there.  My mom wasn’t too keen on the idea of their sleep being disrupted like that, so she offerred to drive all the way from her town back to mine to get the kids.  I swear I love my mommy.  So when she came to pick up the kids she laid her hands on me and me her and the kids said a prayer.  From that prayer on, I felt at peace.  There was no point at all from waking up on surgery day to being wheeled into the OR that I felt nervous.  So I’m so thankful for that.


I set my alarm for 4:15am and promptly woke up and took my shower in my hospital wash.  I didn’t get much sleep that night, so waking up wasn’t hard.  So off we go to the hospital.  We get there right on time after hubby got a little lost in the hospital complex.  I don’t know why they make hospitals so complicated! But I think it’s because it was super early and dark and he wasn’t completely awake.  I kept telling him, it’s over by the emergency room entrance and yet we’re stuck in the maze!  So we get in the Surgery Admissions and are taken back quickly.  First I step on the scale…let me just say…I loved this part!!! With clothes and shoes on the scale said 189.8lbs!!!! I was ecstatic!!!! For the first time in ages I wasn’t in the 190s!! (Even better, when I came home after one of my sleep sessions I stepped on the scale and it said the same thing!)  So that really made my day!  Afterwards I go into what I will call Phase 1.  In phase 1 I’m getting into the hospital gown and vitals are taken, getting hooked up to an IV, all that stuff.  I was in this holding area for about an hour and change.  What I liked about this, is that my hospital gown was so cool–it hooked up to a warming unit (or cooling if you were hot) I had a remote control for this unit that hooked up to my hospital gown.  There were little air pockets that were inside the gown that would fill up with heated air.  It was amazing!!! Because it was freezing in the hospital as usual!  I had a nice nurse, I could describe her but can’t remember her name.  I honestly in all of my experiences with our hospital have always had great service and care from the nursing staff of PCMH. ♥ them!


At this stage I was in and out of sleep, trying to stay awake because I figured at any moment I would be taken to Phase 2.  So then this old black guy comes and wheels me to Phase 2.  I gave DH (dear hubby) a look that said “this better not be my next nurse” because frankly he looked  and sounded like he had no teeth and education.  I know that’s mean, but you don’t want any Joe Schmoe off the street taking care of you in the hospital.  Thankfully he was just my transportation to the next Phase.  So he wheeled my bed and honestly, he wasn’t that good at it! Like people had to keep moving out of the way because he wasn’t just on one side, he was a bad driver let’s just put it that way!  And because I was being moved, I was also very cold because the heating unit is stationary.  But when I got to Phase 2 I got hooked up again, except this time it wasn’t as warm 🙁  So that was a bummer.  But this was the stage of me getting anesthesia.  By this time with my IV fluid I had to pee really bad.  I asked if I would have a catheter, they said no, so I was like well then I gotta go potty bc I was afraid I would pee on myself during the surgery.  So my new nurse helped me to the bathroom, she held my IV and I held my gown closed in the back…I peed like I hadn’t gone in ages!  Because this was all from the IV, I hadn’t had anything to drink since before 10pm the night before.


The anesthesiologist came in and talked with me and then put info in the computer.  That was the last I saw of him.  My nurse came and gave me some meds that would make me loopy.  The next thing I know I was being taken to the OR.  Once again all the staff was nice.  They put the oxygen mask on me, tell me to take a few deep breathes, next thing I know I’m waking up in recovery.  I asked DH he said I was in surgery about an hour and half and in the recovery room about a half hour before he was able to see me again.  When I woke up in recovery I was in pain and the nurse (nurse 3) was asking me questions.  All I remember saying is I have to pee.  Man I would have loved a catheter! Because having to pee really bad after surgery but not being able to really really sucks!  She tried to get me to go on the bedpan twice and my body just wouldn’t do it.  By now I’m at the point where the nurse is calling for me to be taken to the next phase so I can get up and go to the potty.  Because now I’m crying because I have to pee sooo bad, it’s overshadowing the pain from my incision.  Finally I’m taken to my final stage, and they help me get to the bathroom and here I go again…peeing like I haven’t peed in my life.  I get back in the bed and get settled…5 min later…I have to pee again!!! So I go again, again it’s a lot.  This time I almost fell in the bathroom because I took like a quarter turn trying to get my gown out of the way, and with the anesthesia still kicking in me, I was off balance.  Thankfully I had enough sense to grap onto the rails in the bathroom!


In this final stage I was given morphine for pain.  I had to eat a few crackers and drink some ginger ale in order for them to give me regular meds.  Shortly after they gave me meds in my IV for nausea because I was feeling it bad.  Aside from that, it was all well.  I was still in a bit of pain so they gave me some more meds, which meant I had to stay a little longer.  I got discharged a little before noon.  I got home and we both were out like a light!


For the most part I haven’t been in pain.  I can tell when I’m doing a bit too much.  My DH is taking care of me.  I do have a sore throat which is from the breathing tube (which I was afraid of but the nurse was right when she said I wouldn’t feel it, just the sore throat afterwards).  This morning my neck is sore from straining to get up.  I have to take my meds every 4 hours, so getting up from the bed without help from my arms isn’t the easiest and this morning is definitely taking it’s toll on my neck muscles.


DH is taking me grocery shopping this morning.  I don’t trust him to get the good deals and use my coupons properly.  So I told him he’s taking me!  I was up last night making my list but got dizzy and lightheaded and had to go to bed.  All in all, I’m glad it’s over and looking forward to being well rested and recovered this weekend.  I love that I can already see the huge difference when I look in the mirror.  Even though it’s under bandages.  As an added bonus I got to keep some very nice comfy slipper socks from the hospital 🙂 She Got Her Iphone 6 It All Comes Tumbling Down

Out of Gas ~ Literally 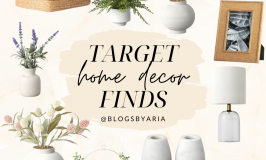