For the past few weeks my mind has been going and going.  You know how when you’re doing your taxes and you see what your refund will be and your mind’s  wheels starts spinning thinking of all the things you’re gonna do with that money???  Well yeah, I’m there now, except it’s not tax season.  I’m about to be paid in full on my car!!!!  It’s been a long time coming and it’s like a huge monthly burden is more than being lifted financially but mentally as well.  It’s a very freeing feeling.  By this time next month I will be officially paid in full!!!


The first thing we already know is that we’re getting a computer.  That’s an absolute must and definitely deserving of being in the number one spot.  I’ve been doing my research and after talking it over with the spouse, we’ve decided to get a desktop package with a printer.  The way I figure, this computer that we have now, we purchased shortly after having Brianna.  So it’s 6 years old and has crashed more times than I wish to count.  I don’t remember the price, but it wasn’t the cheapest and it wasn’t the most expensive.  So we figured if we take an assumed shelf life of about 3 years for a computer, I don’t mind spending $500 or less on the computer.  I don’t need an $800 computer at this point.  We just want one that is fully capable of fulfilling our needs, which aren’t much.  It just needs to be fast and durable and good quality.  After discussing with DH and now knowing that he will be contributing as well, it’s made it an even easier decision!  So yep, next month by now I will be blogging from a new computer!  Gonna cash in on those Back To School deals!


The DH was saying today that he will understand that I will be buying a lot of things for myself and he’s gonna try not to hate on it, because he understands the feeling of paying your car off and having extra cash.  He was like, go ahead and buy your 25 wigs! lol It’s funny because, I haven’t really been thinking so much about all the things I will buy for myself.  It’s been more of, how good it feels to have the option to buy.  It’s being able to take advantage of more sales.  I will definitely be doing a lot more shopping, but it’s not that it will all be for me.  Kids always come first, then the household and then me.


Honestly, the freedom of no car payment isn’t so much that it’s freeing up money to be spent.  It’s freeing up money to be saved.  I have big things I’m trying to accomplish.  Saving up for moving to a new place. Saving for an emergency fund.  Saving for vacations.  So the plan is that for the most part I want 2/3 of my former car payment to go towards savings.  The 1/3 is for extra spending.  That’s the plan, with the exception of Christmas spending.  It’s a huge stress reliever.


Admittedly, there are a few things that once the computer is purchased, I will start getting for myself.  I realistically feel that by the end of this month, I should be able to work out some with my arm.  I’ll be seeing how that goes. {if you’re not a regular reader, I had surgery about a month ago and havent’ been able to work out in couple of months with anything that would require my right arm.}  So although my posts haven’t been fitness related lately, doesn’t mean that it’s not a big part of who I am.  I will be getting Turbo Fire for sure!!!  I will also finally be able to start Shakeology, which on it’s own is amazing to me!  Just those two things!  If you’ve been reading you also know that I recently joined Shoedazzle finally, so that’s something that I’m looking forward to starting.  Aside from that, no big plans, just that when I wanna go to the MAC counter or to Ulta, it’s not gonna hurt me.  It’s not going to take away from another bill.  I don’t have to just wait until tax season to do things for myself.  I can buy a wig from time to time.  I can go to get a pedicure.  When I go to Target for one thing, it’s perfectly okay if I come out with a cart full of things.  The way I used to live before the car payment basically.  Because I, like many people, purchased items when things were going well.  Then a downturn comes and that thing becomes a burden.  Pre- car payment we could go out to eat regularly and I was able to spoil Brianna with clothes.  Fast forward to losing that job, unemployement, getting a job that paid less, adding an additional child, losing a job, and now after a whole lot of stuff…now to where I am now.  It’s been one heck of a journey for sure.


So first up is the computer, then a few things for me, the household, my Iphone makes the list, but I’m trying to wait till my birthday for that, depends on how long my phone holds up.  It just feels good to know that I can do things that I can’t do now.  If I’m watching QVC and that Today’s Special Value is really calling my name, I can order it…it’s not a big deal.  That financial freedom on this small scale means so much to me.  It’s a huge milestone and I’m not taking it for granted. And something else that has been much needed…family portraits.  We’ve kept putting them off, partly due to price and partly due to me and my own issues with my weight.  So that’s something we’ll be doing in a few months is our pictures, we’ll do them for Christmas.  I’m really looking forward to that!


Have you paid off a car before?  If so, what was the first thing you bought with your new found money? lol 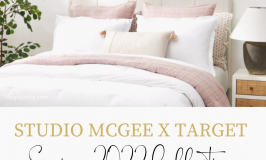 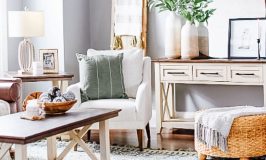