You are here: Home / Make Me Better / What She Said

Kids say the darndest things.  That goes without being said.  But sometimes what they say can hurt your feelings.  Case in point…earlier I was going thru some pics to upload to Walgreens so I could print some free pics.  By the time this post uploads the offer will be gone, but that’s why it pays to LIKE me on my page because that’s where I post great deals I find online.  Click here so you don’t miss out next time!

Anyway, I uploaded a pic that’s on my facebook profile page and decided why not print it, since it was on my hard drive. It was a pic of me and my friend at the club a year or so back.  Brianna saw the pic and said “you were fat in that picture”.  Needless to say, I was standing next to my very skinny friend whom I won’t mention her name on my blog, but damn that was very offensive!  Next to her most people will appear fat, but although it wasn’t the nicest thing to say, and it hurt to hear…it’s the truth.

So here it is November, this year hasn’t gone as planned.  I’m starting over, yet again.  But no worries.  I’m gonna PUSH myself.  I have so many things that are motivating me to stay strong and dedicated and to just push play each day.  I have my husband and my daughter both saying the same thing…well, they can say a lot of things, but this won’t be something that will continue to be said.

I’m tired of being in the same slump, the same place.  With each week comes a week of not-enough sleep and the cycle just continues, and it will just do that until I stop it and create a new cycle.  So as difficult as it is to create a new routine, I have to do it.  There’s no way around it.  I figure this week before Thanksgiving is as good a time as any.  I will be posting as much as I can throughout this journey because I need you guys here with me rooting me on!


Last night I was in my Turbo Kick class and we had a full class, so I was closer to the mirror than usual…man oh man what I sight I did see!  How depressing to see all of my fat dimples on my legs.  Ugh!  But it was the kick in the butt that I needed and enough is enough.  This won’t be easy, but I’m going to push thru it and stay strong.  I’m so much prettier than this. 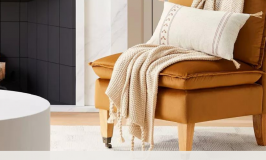