You are here: Home / Make Me Better / Enough With The Questions!


When are you gonna start back working out?


Baby when do you think you’ll workout again?


Don’t you think it’s time to start working out again?


This is what I hear on an ongoing basis from DH.  I know he means well but whatever.  This makes me so angry I could spit.


Losing weight is something I have done before successfully.  It’s not easy by any means.  It’s hard work but oh so worth it.  I know this and yet I have a hard time getting back on track…


What I think is pissing me off so much right now is that, I had already set out my plan.  I have already made out my workout schedule.  My goals.  My plans.  Everything.  For him to say a day before I start how I need to get started.


That’s not all that’s pissing me off…oh yes, there’s more.  My pity party for 2011 has officially come to an end.  If you’re a reader, you know I had surgery last year and you know it was more than half of the year that I was out of commission.  I couldn’t work out if I wanted to.  It was maybe September and moving forward that I’ve been able to start adding in my Turbo Kick class.  And since then I’ve been saying to myself…I need to get back into it full swing.  And until now, it’s really been me just saying it and not  really doing it.  But what pisses me off is that it’s all about him.  It’s not about me and my health.  He wants me to lose weight for him.


I guess, admittedly after the initial level of anger has subsided, I realize that I’m more pissed at myself than anything.  He only wants me to do what I’ve been saying I was gonna do.  Sure he has selfish gains out of it, as do I…but it doesn’t make the pill any easier to swallow.  I’ve been unhappy with my body for far too long.  I have to take action and show myself that I can do it.


The pen has been put to paper and it’s time to jump on the fitness train.  As long as I stay on the train and don’t jump off then I’m patting myself on the back.  I know that just by this weekend I will feel accomplished.  I’m excited to see what I got!


Are you starting over yet again?  Or are you just getting started?  Well I can’t promise you the world, but I can promise you that I will be doing some weekly stats, pics and updates.  You’re welcome to join me 🙂  I’ll share more deets on my plan when I do my first update this upcoming weekend. On The Hunt: Aprons? 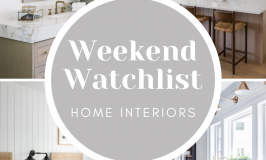