Wow has my head been spinning this weekend! On Friday my mom called to check in on me and see how I was doing. We talked about bills and job options. And then she said I should think outside the box…that I should consider the Air Force. *** well anybody who really knows me, like from childhood knows that I’ve always been dead set against the military. I mean for those of you who want to join by all means, do what you want. But I always knew it wasn’t for me. I’ll admit, my mindset is skewed bc I was a military brat and the main objection I had was that it takes you away from your family. Because that’s what I remember. But in reality my mom went TDY probably like 3 times that I was old enough to remember. She never had to go somewhere for longer than six weeks at a time where she couldn’t take me or my brother. I always said I would never marry into the military because I know I’m not strong enough to be a military wife. To deal with not having my husband for months or years at a time, and not knowing if he’ll make it back…that’s too much for me to handle.

So my mom was saying that if I go into the Air Force I’d really only have to do a minimum of 4 years. 2 years if I chose the army or navy (not options, I’m an Air Force kinda gal) and she said that because of my degree I would go in as an Officer. Which means higher rank and higher pay. So the wheels in my brain started turning. Honestly for me to even consider it means I have hit rock bottom. Let’s face it, I feel like I’m failing. Failing as a mother, a wife, hell a college graduate. I mean to not be able to go and get food bc I don’t have the money is sooo awful of a feeling. To go to a birthday party and not know how I can get a gift for the child so that Brianna can go. I feel pretty low. Low enough to be forced to look outside the box. So I talked to my hubby about it, and at first he was like “idk about all of that” but I told him about some of the pros and this morning he text me and said he thinks I should go for it.

So here’s how I’m looking at it, here are the pros:

ok so those are the main pros for me. my main goal is to provide stability for my family. i’ve been unemployed twice since having Brianna. And it’s really put our marriage to the test. I’m tired of being tested so hard! I’m tired of going thru different social classes within a few years because of losing a job. I just have to be a good mother and provide the best life for my kids and I think the military might do that.

now for the cons:

it’s obvious that the pro list outweighs the cons, but i also haven’t gone to talk to a recruiter yet to get all the ins and outs. I will though. I will this week. I just wanted to blog it out and if anybody wants to comment I would greatly appreciate your thoughts! And prayers! 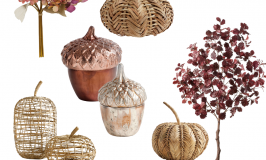