You are here: Home / Drama / Some background…

Here is the post that I posted a couple of years ago on myspace regarding the post I just did….

Monday, April 07, 2008
WTF
Current mood: contemplative
Category: Life
It’s been so long since I’ve been on myspace fully and able to blog. How I miss it so! But I’ve been putting in mad hours as manager and I finally have a day off and man do I have a lot to say! A lot of the things I have to say however, have passed so I won’t be bringing up a lot of it due to timing. So I’ll start with a personal issue. And please share your comments.

Okay, so a week ago we went to New Jersey for my cousin in law’s wedding. Unfortunately we were in south Jersey, 2 hours away from Philly, instead of north Jersey, 15 minutes away. I would’ve liked to go and see my cousins and my Aunt Pat. I haven’t seen my family up north since I was like 15. And I would have loved loved loved to eat a hoagie!! It makes my mouth water just thinking about it. I can’t help it, I love hoagies. Nobody does it like Philly. But back to my point. So on the way, it was me, James and my mother in law, we got on the subject of my father. I don’t know how, but we did. And basically, I don’t have a relationship with my biological father. I used to think he was the world, but that was when I was young and didn’t know any better. When my grandma died, that’s when everything for me changed. In more ways than one. That’s when I started to gain weight and have an issue with food. That’s also when my relationship with my father changed. The next summer when I went to visit, he had married of Jehovah’s Witness, JW for short. From that point on I didn’t get birthday cards or calls or anything. Nothing for Christmas. Barely a phone call for anything. And when I went to visit, they tried to keep me and my step-sister apart, they thought she was a bad influence, but in fact we were so much alike and we hit it off wonderfully. She was the sister I always wanted. I also gained an older step-brother and we all got along great. My father, whom I will refer to as JC hasn’t been a large part of my life since we left for Germany when I was almost 5. And after that it was summers only. An occasional Christmas or Halloween I would spend with him, when my mom was on TDY with the air force. So when I went up to visit, after he had married,(by the way, I really liked my stepmom, I thought she was pretty cool, and she really liked me) he tried to flip the switch and regulate on me as if he had been my dad all year long. Don’t try to tell me I can’t do the things that even my Super Christian mom won’t let me do. Don’t try to force me to go to Kingdom Hall when you know my mom’s a minister and I’m Christian. Don’t try to yell at me just because I’m growing up and you can’t handle it. My mom told me that she told him when I was a child, that if he doesn’t do right by me he will never have anything in his life. Kinda like in the Color Purple “until you do right by me…” you know the quote. And that’s been the case. He’s gone from job to job, etc never really able to make it, basically because he never did right by me. There was never any child support. The last gift I received from him was for a birthday. It was a stereo that had a 3 disc cd changer. I was like 13. That’s the last thing. I invited him to my highschool graduation. If I’m your supposed only child wouldn’t you at least try to come to my graduation? He said he was coming. I was so excited. Only to get a call that he couldn’t make it. He couldn’t afford to come down. Granted he had never flown to get me. I was the one who always flew to him. He never made the drive all the way down to get me. The closest he came was Rocky Mount. And that was because his wife had friends or family there. So you couldn’t drive the extra 45 minutes from Rocky Mount to Goldsboro??? That really hurt my heart that he didn’t come to my graduation. So he said he would come to my graduation from community college. I told him there wasn’t one because I was transferring, not getting an Associate’s degree. Fast forward to my first year at ECU. 2 1/2 years after highschool graduation. I decided to put my last effort out there to have a relationship with him. I sent him a letter. He sent me one back promising that he would keep in contact with me and gave me a bum email address. From that point I gave up. I said the ball is in his court. And if he chose to be out of my life that was fine by me. Besides I have my two parents. My mom and stepdad. I decided from that point on that he wouldn’t know about my children. I wouldn’t invite him to my wedding. I wouldn’t invite him to my ECU graduation. He was dead to me.

Now fast forward to present day. Early this week in the mail was a letter from guess who? JC. I haven’t told my mom yet. She would be shocked. I let James read it. It’s really short. But basically states that he wants to have a relationship all of a sudden. But I’m not ready to. I’m not ready to go down that road. There’s a lot of hurt and pain and I’m just not trying to go there, you know? He wants me to email him to let him know I’m ok, which I will, but I don’t think I can go much further than that right now. I’ve forgiven him a long time ago, because I realized that that was blocking my blessings. I’ll have to pray about it, but I’m not ready to. What do yall think? Sunday Night Confessions: Chipotle, Beyonce and the Deer who Hates me 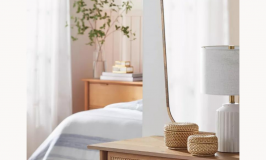