You are here: Home / Family Life / What Vacation?
I’ve gone back and forth on what to title this post, whether to post this post, and how to post this post.
I’ve decided to go with sharing this post in the most positive way possible.
Vacation was a month ago and if I don’t share at all it will never get shared.
I’m going to keep it real… I was robbed of my vacation.
I know that’s selfish but it’s how I feel and I’m allowed to express how I feel.
We arrived in Myrtle Beach, SC on Saturday July 18thand if you’ve ever done a beach rental before, you know that check-in is later in the day because the guests who are checking out usually have to do so by 11am.  That day is more about travel and getting settled in.
On Sunday we went to Broadway at the Beach which is a great area with a boardwalk, all kinds of shops and restaurants and different attractions.  We went to Ripley’s Aquarium.
I’ll be the first to say that if you’ve seen one aquarium, you’ve seen them all.  But hey, I’m a Mom and we go to attractions such as the aquarium when on vacation.  I will say that this aquarium was probably one of the coolest I’ve visited….wouldn’t say it’s worth the $100 for a family of four to enjoy but, you know what you’re getting involved with when planning a Myrtle Beach vacation.  DH didn’t know, but I did.

I never quite understand why people take pics of everything in an aquarium…it’s beyond me.  I’d rather take it in at the moment.  Two highlights of the aquarium were the mermaids {they put on a cute show, more for pre-school kids} and the shark tank that you’re walking through.  They built it so that the tank is on both sides of you and goes over your head so all of the sharks, fishies and everything else, even a huge sea turtle, are all around you and that’s pretty effin cool.  Again, not $100 cool, but still cool nevertheless.
We went to the aquarium after we ate at Captain George’s which was amazing!!  Sooooo delicious!  I’ve heard of them before and I know they have a few in a handful of states but they did not disappoint at all!
That’s where most of the fun ended for me.  Because the next day, the sky went black for us.
Monday was our real let’s lay out on the beach and play at the pool day.  That was July 20thand the beach was amazing.  My very favorite place in the world to be.  I don’t recall what we ate for lunch or dinner to be honest because I didn’t write it down.  What I do recall is us out playing putt-putt that evening and my Mom getting a call from my brother saying that his wife, my sister-in-law was at the hospital.  Everything else from that point on was a blur.  I was there, but I wasn’t. We already had purchased tickets for the Pirate’s Voyage dinner show for the following afternoon.  So we went to that on Tuesday before my parents headed back to NC to be with my brother during that time.  Can I just say that if you come to Myrtle Beach, you can’t leave without coming to this show!  It was amazing!!!  It helped take our minds off of life and for about two hours we were in Pirate Land and it was really cool.  You get a full meal and a show.  The meal is okay, nothing to write about, but the show…is AWESOME!!!

After that my parents left and we stayed because that made the most sense.  I worked very hard to pay for this vacation, not just for me but for my kids.  If it was just me, I would have left but I didn’t feel that was fair to the kids.  So as I cried and prayed for the next few days, the kids enjoyed their time at the beach and pool and I enjoyed that I could provide that for them. My parents came back Thursday evening and on Friday we went to the Upside Down House aka Wonder Works.  It’s a kid’s science museum that we’ve wanted to go to for years since passing the Upside Down House {that’s what we call it}.  It was cool but super crowded.  If I could, I’d rather just rent out the place for my family only…seriously… I don’t like that many people around me and everyone doesn’t raise their kids to be polite.  After that we went to our favorite calabash crab joint… Crabby Mike’s!!!  Always a tradition of ours. No amount of succulent crab meat could make me and my mom not cry at dinner tho.  It was very tough and still is.
Check-out was for Saturday at 10am.  We couldn’t wait to leave.  I couldn’t get home fast enough because the faster I got home the faster I could get to the hospital and be with my family.
I don’t want to act as if I’m not grateful for our vacation because I am very grateful.  The water was amazing.  We got to see fireworks on the beach.  We got to be together as a family. But I will never stay in Myrtle Beach again.  We will always go down to Crabby Mike’s and make  a day of Myrtle Beach when we do our beach vacations, as we always have; but this is the first and last time that I will vacation there.  It doesn’t represent happiness for me.  It only represents sadness and being so far away from home when we needed to be home…idk…it just doesn’t feel good thinking of staying there.
If you don’t know me personally… I’ll share that my sister in law had a heart attack on Monday July 20th and my brother performed CPR and brought her back; however after being rushed in an ambulance to their local hospital she was airlifted to the next largest hospital, which is my hospital in Greenville,NC.  There she stayed in ICU, after suffering extensive brain damage, she was taken off of life support on Thursday July 23rd.  She fought for her life, but God called her home on Friday July 31st.  She was laid to rest on Tuesday August 4th.
So that was my vacation…if that’s what we can even call it.  Everything around that time is such a blur.  I’ve been so numb.  I’m still numb.  I can’t look at a calendar and see the 20th, 31st or 4th right now.  Hell, the other day I looked at my calendar on my phone, I think it was the 18th and I burst into a crying spell.  It just doesn’t seem real.  I’m crying as I share this.  It hurts so damn bad.  I know that time will help but….
I just felt like I couldn’t move forward in trying to even post anything on my blog if I couldn’t get past the vacation…if that makes sense.  I’ve wanted to share so much but I’ve felt like I’ve been standing in concrete since the beginning of the month.  I’m making strides each day and every day I pray for my brother harder than I ever have before.  My heart is still broken but Jesus is mending it.  I’ll stop typing now because I can’t stop the tears.

SHOW your love to others because tomorrow is not promised.


Oh and I completely forgot to mention that we got the worst sleep on this vacation.  I know we all have different parenting styles and we’re all on vacation, but the people upstairs let their kids rip and run all night and they were loud and the parents were loud and would ash their cigarettes over the balcony right on top of my husband’s car.  As if an ashtray is too much to ask especially when all of the units are smoke free including the balconies.  On top of that,our windows were thin and our bedroom was facing the street and walkway to other condos and we heard everything.  People talking, yelling, garbage trucks at 3am, everything.  It was absolutely dreadful.…I digress.

With each vacation rental we learn something new and we learned that it’s worth the extra steps to be on the top floor.  If we can’t get a full beach house to ourselves {which is now my goal} then we have to be on the top floor because we have to have our sleep!  I also learned that I prefer Carolina Beach hands down.  I love the laid back atmosphere and the Boardwalk and the beach and we know Carolina Beach.  Not saying we’ll never go anywhere else, but as far as our standard beach vacation goes…that’s the hot spot baby!  CB!!  I want one of those stickers for my Highlander when I get it…you know the ones I’m talking about?  Anyways, now I’m just rambling…

Check out my IG for more pics and vids from the good times of our trip : )

Thank you for reading. 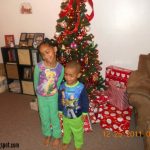