It’s Memorial Day Weekend and it’s Sunday and I am soooo happy I don’t have the normal Sunday Blues!!!  Today is a little Pop Up Post.

I’ve been having a blog lull.

It’s fueled by lack of sleep, energy, time…. and I want so many things that I can’t get right now.

If you know me personally, you know my iphone is crap.  Poor thing has been dropped so many times, if it was a person they would definitely have issues.  So not only is it super slow and unresponsive many times, it’s also super craptastic at taking pics. You just can’t get the sharpness and clarity with your phone or your point and shoot.  I need this in my life.  Not only for my blog and my kids but I would like to get into photography as a hobby.  I love nature shots and would love to take some myself and also to take really good kid shots.  As I’m typing QVC has the T5 as a TSV {today’s special value} and yeah I could jump on it…it’s on easy pay and doesn’t ship till late June so I wouldn’t be charged on my card until then…but I have to pass.  It’s not the one I want, it looks rather complicated and I have to be disciplined.  I want to move, I’m willing to wait till Black Friday or another great value later in the year to get mine.
With blogging I want sharper pictures especially for Brianna’s Hair Series posts and eventually I would like to show face of the day posts but a dslr is definitely what I need and better lighting.  Another reason why I have to move is because this house has horrible lighting.  Let’s move on…
I’ve come to realize that when I am having a rather difficult time trying to get out the door to church that it’s because the devil is trying to keep me away from the word!!!  Honey, I couldn’t find my Bible or my notebook that I use for church to save my life this morning.  But I pressed on, got a good worship in the car to the Gospel Inspirations {sure wish my city had a gospel radio station} and got the kids settled in to Children’s Church with enough time to get some praise and worship in for the service.  The word was right on time for me.  And one thing mentioned stood out especially so to me, I think a post will come from it.  I had known I was going to get the message from a few Sunday’s back after the service, but I ended up getting that, another previous one and today’s message!  I am definitely looking forward to listening to them in the upcoming weeks.
After leaving church I stopped by Target with the kids because their weekly ad had 20% off of kids sandals.  I have been having a very hard time finding some for Jordan and have been going from store to store.  I was at Target a few weeks ago looking and they had nothing.  I was glad to see they at least had a couple of options for me to choose from in his size.  He got Spiderman sandals and I got Brianna a pair of white gladiator sandals that were cute and can be worn pretty much with anything.  They had cute sandals for me too but I didn’t even give them a second glance.  I can sacrifice for the kids but find it hard for me to do for mama.  I did however get Tye Tribbett’s album Greater Than.  I’m already in love and I definitely am glad I got it!
This has been a rather long day of being wife and mommy.  Church, Target, Harris Teeter because I forgot to get hotdogs and bacon and ended up getting a rack of cooked ribs since I was dying of hunger pains while in Target, made sides to go with the ribs for lunch, laundry, dishes, blogging research mixed throughout, washed Bri’s hair, edited an old post that was missing pics, made dinner, also enduring seasonal allergies throughout with awful sneezing fits, and now I’m doing this pop up post.
Waiting for the Benadryl to kick in.
In the morning I need to finish flat ironing Bri’s hair.
And I have to workout.  I have to get on this because I’m highly disappointed in myself.  More to come on that I promise.  Pinky promise.
The earlier to bed the better.

Thanks for stopping by! Planning to Move While Keeping Your Sanity 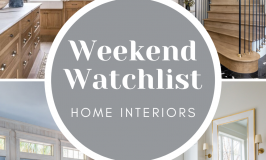